Attention to victims of gender violence 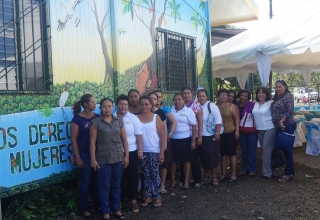 The fight against gender violence in Latin America has been one of the leitmotifs of the EUROsociAL Programme in its contribution to increasing social cohesion in the region for two main reasons: On the one hand, due to the existence of highly significant European experiences; and on the other, due to the progressive positioning of the issue as one of the public policy priorities on the agendas of Latin American countries.

This line of work pursues a comprehensive approach to gender violence through the following: favouring institutional coordination in the investigation of crimes and attention to victims of gender violence; supporting the development of coordination tools in the investigative stage for police forces and prosecutors, and all other stakeholders involved in providing direct attention and compensation to victims.

This ambitious initiative is organised around three working axes:

The identification of the institutional and policy priorities of the countries has revolved around all three, two or one of these axes. This action aims to achieve tangible results and increase the effectiveness of the public policies adopted by all countries for combating gender violence.